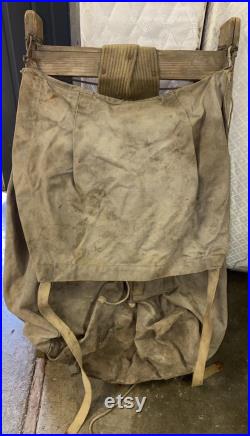 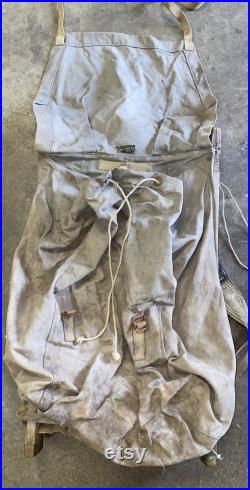 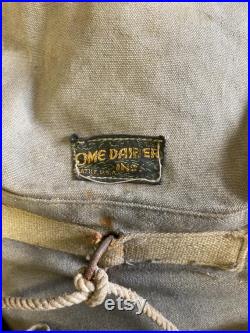 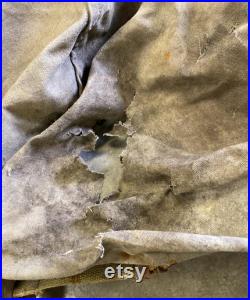 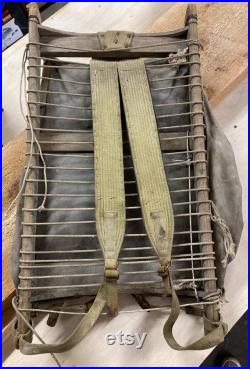 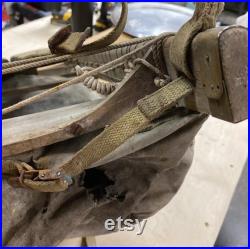 Original rare early 1900s ome daiber backpack pack board, seattle, wa. The american alpine journal called seattle-based ome daiber, the father of mountain rescue. In 1935, daiber made the first ascent of mount rainier’s liberty ridge with arne campbell and will borrow. A year later he was asked to help in a winter search for delmar fadden, a young climber who perished during a solo climb of mount rainier. After that, daiber developed a list of climbing friends who he could call on when someone was in need. That group, known as mountain rescue patrol, became an unofficial mountain rescue team that served for more than a decade and became one of the first, if not the first, organized mountain rescue groups in the country. Made in seattle, wa, united states. It has a wood frame which measures 26 high x 13-1/2 wide x 2 deep, fabric is heavy canvas. It has adustable arm straps. The metal has rust and there is a hole in the canvas (please note pic). This is an amazing slice of americana. Can you imagine climbing mt rainier with this back in the day. This item is made of canvas and wood, metal.